Book here the experience of the photographic workshop + two nights in the hotel Coronata Haus with service of B&B.

Situated under the mountains to the entrance of the country of Roncegno Terme. Beautiful sight on the Valsugana Valley!

For further information please call 348.0176732 or write to info@ambientetrentino.it 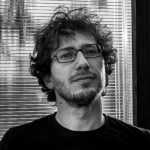 Gianluca Colla is a photographer and videographer, dedicating his life telling meaningful stories in images. He captures a changing and evolving world, giving emphasis to smaller, unknown stories, trough a colorful, strong and vibrant imagery.
His artistic journey has led him to some the most beautiful and desolate areas of the world, joining expeditions in the Amazon, the Arctic and the Antarctic Circle, India, Costa Rica and Iceland to name but a few.
He’s member of National Geographic Creative agency and his work has been published, among others, in the National Geographic Magazine, The Washington Post, The New York Times, Bloomberg News. His clients list include ad agencies, non-profit organizations and magazines such as Apple, Canon, Fujifilm, Estée Lauder, Zegna, National Geographic Magazine, Condè Nast,
An international speaker and teacher, Gianluca is a Photography Expert for National Geographic Expeditions, holds reportage classes at European Institute of Design and has lectured to major international photography events (Photokina in Germany, CP+ in Japan, Toscana Photographic Workshop in Italy).
He never leaves home without his Fujifilm cameras, and when not on the field, Gianluca can be found around the Swiss Alps hiking with his wife and his two (objectively) beautiful boys, or eating foundue and raclette in a local chalet.